Underneath the deep waters of Lake Bowden is a large dome that shelters a strange colony of humans. A tiny village is erected here, with oxygen, light and heat enough to allow the 60-odd colonists to survive in comfort and safety. The whole is invisible to the outside world, due to strong magics built into the 100m high, 2 sq km glassteel dome.

This is the home of the Chosen, a group of psionically-awakened humans who were the subjects of a terrible experiment by the renegade scientist collective, “The Yellowbox”. Thier minds were forced open and thier new powers allowed to grow and be discovered without any outside help. New memories were implanted and the test subjects were moved here, to The Dome, many many years ago.

The Yellowbox has long since abandoned the project, and was forced underground after the Troubles of King Beshir overtook that part of the world, but the Chosen still remain.

Their psionic capabilities are formidable, but their minds are mostly fractured because of the lack of discipline that is needed to fully control the awakened mind.

All of the Chosen are in constant telepathic rapport with one another, and it cannot be filtered or shut off. This has completely warped their culture and interactions, and how one goes, so go the others. No thought or experience is ever private. This has made them completely insular, and compounded with another mental flaw, has turned this collective into something most distinctly to be feared.

The Chosen are unable to “see” unawakened minds, and therefore do not believe creatures that are not awakened are real. They believe all they see in their far-seeing rituals are dreams and visions. Only the Chosen are real. The world is a shadow-play.

Their psionic abilities include teleportation, molecular manipulation, psychometry, telekenesis, pyrokenesis, and more. All are considered level 3-9 Mystics (when that class becomes final and fully patched, that is), and all are LN, with a tendency towards LE. Life in the Dome is one of proscribed ritual and form over function. Due to the magics of the experiment, the colony always has enough food, water, and facilities to make survival a non-consideration. It is the culture that dominates here.

The Tasks do not need to be named, as they are not important, but they are mentioned as a reinforcement of the need for these people to have things in place that make sense to them, and that feeds directly into this strong Lawful tendency that they have for order.

The great magicks that enabled the Dome to exist are failing. The first to go is the invisibility cloak, and the fishermen of Lake Bowden and the community that has sprung up on its shores are the first ones to encounter the Chosen since they were put into the experiment some 60 years ago. At first, the Chosen ignored the boats who came to shout and point. When the locals got drunk at Festival and pushed a huge boulder off the cliff into the water, cracking the Dome itself, the Chosen were overwhelmed with conflict and anxiety.

If the world is a dream, how did it just knock a hole in our roof?

The Chosen immediately panicked and after some fierce arguing that was hurried along by the water that was now filling the Dome, they left.

They tried to understand the world now. The locals escalated and the Chosen burned the settlement to the ground and killed all of the men and most of the women. There was another savage argument among them and the faction split into 3 groups.

These groups are now in your world.

Deep in the human unconscious is a pervasive need for a logical universe that makes sense. But the real universe is always one step beyond logic.” – Frank Herbert

I hope you find some use for these strange colonists in your future campaigns! 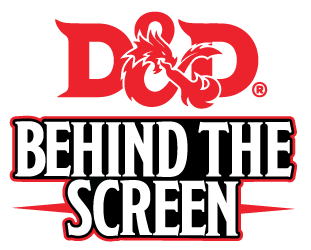